Share a memory
Obituary & Services
Tribute Wall
Read more about the life story of Deloris and share your memory.

Deloris Ann Mitchell Salmond was born on June 23, 1959, to the late Henry and Ella Mae Mitchell.

Deloris was raised in a Christian home attending Ephesus Methodist Church. At an early age, Deloris was a trailblazer. When the desegregation act became law, Deloris’s parents signed the documents allowing her to become a member of the first 1st grade class of African American students to attend Camden Primary School in 1965. Deloris continued her high achievement levels both academically and physically at Camden Middle School and Camden High School.  She became a Junior Varsity cheerleader for both of her middle school years while maintaining an A average in her school work. This thrusted her forward to becoming a leader on the Camden High School Varsity cheerleading squad for all four of her high school years.  Deloris continued her education at Midlands Technical College and Columbia College majoring in Business Administration.

After dating in the early 80s, in 1987, Deloris and Leon Salmond, II, began their marital lives together. Deloris alongside all of her sisters worked diligently at all of their Father and Mothers Gospel Programs. She later became a member of The Order of the Eastern Star. Unfortunately Deloris was stricken with a heart attack on November 19, 2007, from which she did not recover, forcing her to spend the final 15 years of her life in a Longterm Care Facility.

Deloris departed this life on November 6, 2022, at Washington Hospital Center.

Deloris was preceded in death by her brother, Henry Jr.; a sister, Diane and a nephew, Robert.

To send flowers to the family or plant a tree in memory of Deloris (Mitchell) Salmond, please visit our floral store. 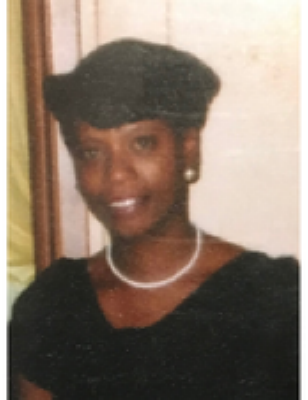